Euro-MADI FestivalDear Ladies and Gentlemen, let me welcome you at this wonderful festival with a few words, and share with you some of my thoughts about this exhibition, as an opening speech, if you like. On my way here, I have been thinking about various approaches, and I believe it worth to start my train of thoughts with an interesting cultural political story.

János Hámori, Hungary’s Minister of Culture has recently expressed his opinion that it would be desirable that all trends have the same opportunities and possibilities in Hungary. He asked me what kind of trends I thought were active in Hungary. At once I felt that this is some sort of a trap, since the question of trends has been one of the most important problems in the 20th century. I must also add that this is not restricted to art, and not even a moral category. It is more of a political problem. And this leads us to the question: “What is MADI?” In my opinion, MADI is not so much a trend as a movement, but – in order to avoid any kind of academic debate – by stating this, my only purpose is to draw your attention to the fact that although MADI makes use of very well-defined stylistic elements and methods, its style is by no means exclusive, academic, dogmatic or orthodox; on the contrary, it is incredibly flexible, lenient and playful. The basic principle is that a lot of people try to express a similar mentality.

I have to be a bit more specific here, and I will seemingly become entangled in another theoretical question now. I must say that we are living in the age of the post-modern; there are hardly any distinct trends any more, as trends simply mix with one another. In art, however, many different things exist – both side by side and in combination -, and MADI is a poignant reply, a reaction to this situation. And what is more, its answer seems to have predicted what would happen at the end of the millennium, as though it had foreseen these questions some forty years ago, and even answered them straight away. Let me explain what I mean. In the first decades of our century, a trend emerged, which was even more than a trend, insofar as it almost became a definite Weltanschauung. I know this is a serious judgement, but I think it fits Constructivism to a great extent. Constructivism was a trend in art, inasmuch as it advocated the idea of building new forms, but it was also metaphysically charged, since it claimed that in a way these forms would be the building blocks of a new world, its models, which are characterised by an unbelievable, militant order. At the time, they did not call it “militant”, they only used the name “order”. This order manifested itself chiefly in Russia, Germany, the Netherlands, as well as in other countries. It was the strict order of horizontals and verticals; in the Netherlands, artists had fierce debates about whether one had the right to use oblique lines, angles of 45 degrees, or colours other than the cardinal colours, red, blue and yellow. It was an age of heroism, which believed in a new world, and – from the point of view of a different historical attitude – it was a period which is deemed a Utopia, an unrealistic dream by Post-Modernism, and even judged by its left-wing nature (and even “uglier” things). Yet, I personally like this period and these possible or impossible Utopias very much: László Moholy-Nagy, Lajos Kassák, Marcell Breuer, as to name some Hungarian artists, or Mondrian (a Dutchman), or the Russian Tatlin, Malevich or El Lissitzky. I have mentioned Piet Mondrian, and I haste to add that he was the strictest of all these artists. Still, when in the 1930s he went to New York, he not only realised that Manhattan’s plan resembled the pattern of a chess board, but he also encountered some weird black people playing weird music, jumping in a weird way – this was boogie-woogie -, he fell in love with their music, and this archetypal bachelor, this strict, horizontally and vertically orientated theoretician began to dance ecstatically to the music of boogie-woogie. It all became so enormously joyful; we could say that MADI was born there, although the MADI experts present might want to disprove this.

In my opinion, then, MADI is the merry counterpart of the strict world of Constructivism, and this is why I say that we needed some sixty or seventy years before Post-Modernism could say that Constructivism was a blockhead, let us forget about it, but yes, here is MADI, which began with Constructivism around 1945, and was already aware of the right direction, and knew that it should be all relaxed. I think it has been said several times today that MADI means something like M for Movement, A for Abstraction or Action, D for Dynamism, and I for Insight, and I believe that from this definition we sense something very intense going on here. Let me speak about another feature in connection with this intensity, namely, the oblique line.

I think one of the liberating formal aspects of MADI is its obsession with oblique lines. Of course, this is not a geometrically correct expression, since an oblique line is just as straight as a horizontal or vertical one can be, but I mean that the balance is disturbed, a new dynamic situation, some sort of a movement ensues, and this has been further increased by the organisers of the exhibition (and let me now make a tiny critical remark): in hardly any case can we see horizontals and verticals; every picture is hanged in a slightly oblique position. Although this is likely to be an accidental feature, I reckon this may be so because the entire world of images has moved a little bit in these rooms, and a spectacular turmoil has commenced, which may not end before the exhibition has been closed. This oblique orientation, which challenges the order of horizontality and verticality, leads us to a series of art philosophical problems, one of which has been addressed by El Lissitzky, a precursor of MADI, whom I have already mentioned. He had the idea that in traditional painting “up” is there, “down” is here, they are hanging on the wall, sky is up, earth is down, but as soon as I put the picture on the ground, this relationship between “up” and “down” ceases to exist, as I now look down on the whole painting. I am looking from the outside, and any direction is equally feasible on the surface, and this might be the ultimate justification for oblique lines, as well as a reference to a very explicit sense of movement. El Lissitzky, of course, was no longer thinking in terms of Euclidean geometry in the 1920s, as he certainly knew the ideas of projective geometry, where no horizontal-vertical or rectangular relations exist, as opposed to Descartes’s system of co-ordinates.

So much about obliqueness, and once again, I think this is the key to MADI’s freedom, joy, playfulness, but we must obviously refer to the dynamism of colour as well. The cardinal colours are still dominant, but a good many other colours also appear, and it is due to this phenomenon that all of the numerous MADI artists can have their personal language, still sharing a lot of elements, but using these in magnificent, idiosyncratic variations.

Euro-MADI FestivalFinally, I must speak about another aspect which is dear to me. It can be related to László Moholy-Nagy, the great Hungarian rival of El Lissitzky, whose composition can also be seen on the invitation cards. The anecdote goes that El Lissitzky and László Moholy-Nagy both lived in Berlin in the early 20s, and they were fierce opponents. So much so, that Lissitzky wrote to his wife that there was some Hungarian fellow called Moholy-Nagy there, with whom he had to be extremely cautious, as he managed to steal most of his ideas as soon as they were executed. This quotation is rather naughty, of course, but it illustrates how incredibly clever Moholy-Nagy was, and how good use he could make of ideas which were given in the discourse atmosphere of the time. Well, Moholy-Nagy, in his work reproduced on the invitation card, uses the motif of the bridge, and I have been astonished to realise that it can actually be identified as the MADI Bridge. The same motif that Moholy-Nagy found for himself in Berlin in 1922 (as it can be considered a proved fact that he used the shapes and proportions of Berlin railway bridges in his abstract compositions) has now been rediscovered by the architect Csaba Rosta, rather instinctively, I believe, and he has brilliantly incorporated it into his architectural plans.

We must talk about this connection, too, since we will have a couple of years to think over the plans for this building, and, hopefully, we will be able to follow its construction to the eventual opening of the MADI Bridge Museum. I, personally, find this plan magnificent not only in an artistic and MADI perspective, but also from the aspect of Hungarian architecture. I think we all agree that in addition to the incredible formal richness conspicuous even in the preliminary model, the words “bridge” or “bridge museum” are sufficient in themselves to lead us to such chains of association and so many different concepts that it is no exaggeration if we claim that this “working progress” is a piece of art in itself, a work continuously developing. For my own part, I would probably advise the architect to accept all external inspirations throughout the period of execution because the construction can take in even such crazy ideas as the possibility of letting down these shutters… No, I do not mean that this would be the symbol of any kind of censorship; this is just the way urban life works in the Netherlands: they open the sluice-gate, the ship passes, and they close it again, or else the bridge itself is opened and closed again… Well, you see that after two minutes I have begun to speak about a mobile bridge, and I believe that this bridge can become a MADI bridge, a piece of art because it can be the centre of incessant change, due to its local attributes and peculiarities, and the receptiveness of the plans. In this way, it will be capable of housing the works of art representing the same change and movement.

That is just about as much as I was going to say. Thank you for your attention, and I congratulate all the participating artists, and especially János Szász, Zsuzsa Dárdai and Csaba Rosta. And – if it is my duty – I hereby open this exhibition. 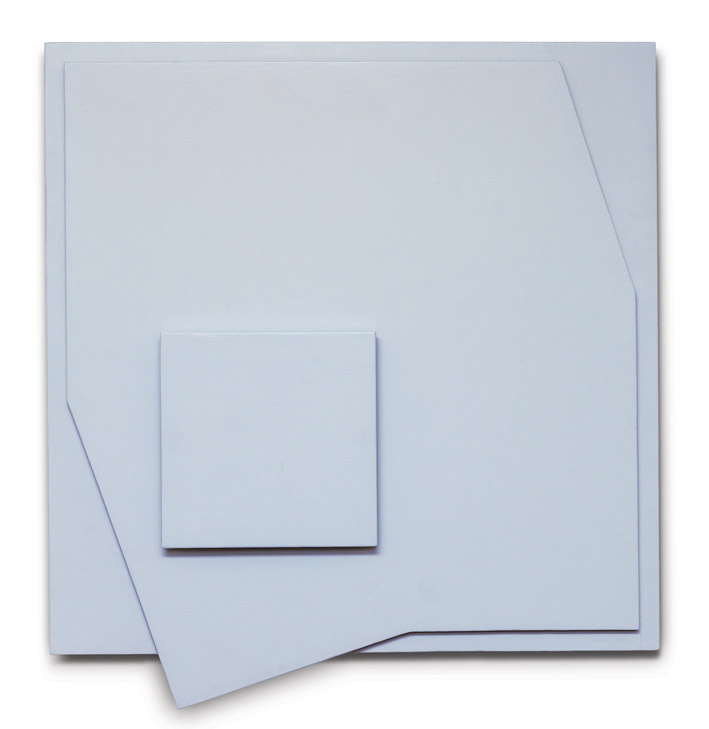