The word MADI means: Movement, Abstraction, Dimension, Invention. MADI is an international artistic movement, which was born in Buenos Aires in 1946. Carmelo Arden Quin, the old master, who lives in Paris today, initiated it. 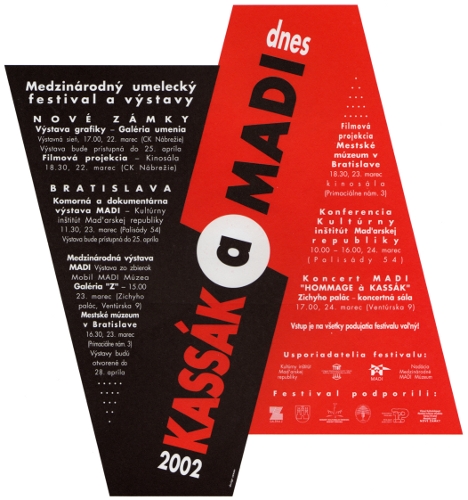 MADI has been formed by impressionism, cubism, fauvism, futurism, dada, surrealism, Russian suprematism and constructivism; it’s a continuation of their heritage. If you analyse those movements, you’ll see that each moved along a concept. Fauvism went back to the break with the first, direct view of Nature; cubism searched for the solid structure of sight and cut motifs into geometric forms, triangles, rectangles and circles; the concept of speed, dynamism and movement belonged to futurism, we can say the first mobile was made by futurism, DADA was provocation, negation, but also the absurd, the free verse that became the basis for the dream – automatism concept of Surrealism; the objectless world has come through the suprematism of Malevich, leading to the unfolding of constructivism – but of course, it all began with Impressionism: it was impressionism that put an and to academic rule and opened art towards space, towards the air of freedom.

These are magnificent facts, but on the other hand we’ve never met the problems of poligonality. As though our predecessors hadn’t known it or wouldn’t have liked to notice it, though the word as a mathematical-geometrical concept had been familiar to them and polygons even appeared as a compositional element on rectangular surfaces. Why did geometric, constructive artists always stick to the application of the right angle, squares, and rectangles, framing all? Why didn’t they choose the triangle, the pentangle and heptangle, which can open towards infinite space. 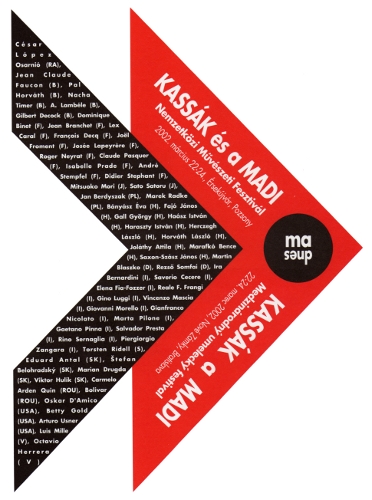 It was this change of dimension that was missing from Art and that was why the MADI-form had to emerge: in order to free the surface of the painting from the rectangular frame it had been imprisoned for centuries. Polygonal MADI image-objects are balancing between space and planes.

The artistic work is part of its environment; the environment is part of the work. The MADI “coplanal” is cooperation with planes that – as opposed to planar surfaces limited by a frame – move freely in space. MADI plastic art is building with empty space and characterised by motion and articulation. A MADI painting or object is a pleasure-object at the same time, actively communicating with the receivers, moving their imagination and stimulating play- fullness.

In MADI images and plastics – beyond the fact that every element gets displaced and everything is interconnected – pure living geometric is created!

The international MADI art Festival, which took place in Győr in 1995, was a prominent Hungarian MADI event. Here artists from all over the world have offered one or more of their works in order to establish a MADI Museum in Hungary. The collection consists of about 150 works of art, and being managed by the International MADI Museum Foundation. The “Mobil MADI Museum” hasn’t found a permanent home yet, but its material has been exhibited throughout Hungary. We organize introductory exhibitions continuously, in the neighbouring countries (Slovakia, Czech Republic, Poland, Romania).

What’s more, we open exhibitions, festivals, conferences and museums in several places of the world: in Maubeuge and Paris, Zaragosa and Madrid, Milan and Naples, Budapest and Gy?r, Bratislava and Érsekújvár etc.

On the 115th anniversary of the birth of Lajos Kassák we arranged a special art festival and MADI exhibition: called “Kassák and MADI today”.

Its purpose is to continue developing an exchange between the cultures of the neighbouring countries. As its particular result the artist of the concerned countries will join the international MADI movement and represent their countries with their works in the collection of the Hungarian Mobil MADI Museum. 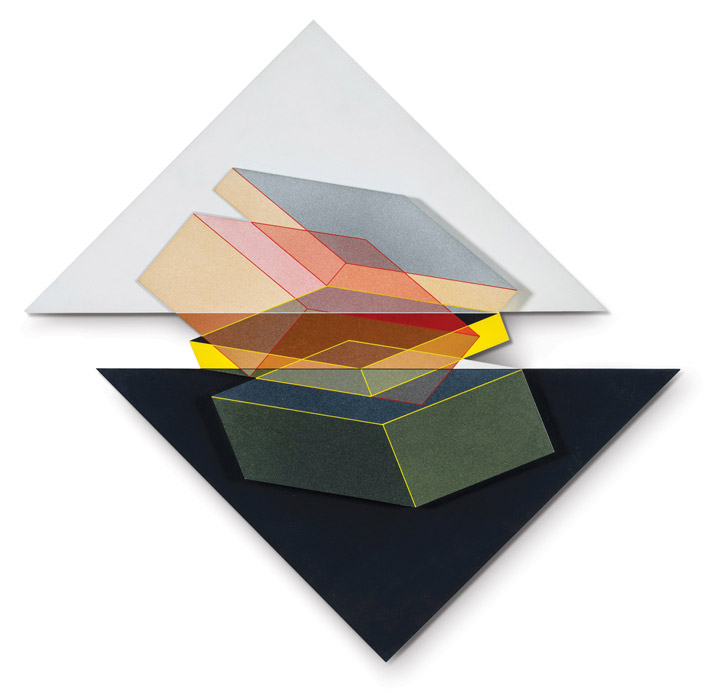