Being a Slovak from Békéscsaba in Hungary, talking about a Slovak from Érsekújvár (Nové Zámky), who claimed to be Hungarian and wrote in the most beautiful of the Hungarian language, may now mean something good, and now something bad in the ever-changing world of politics. In art, however, I believe it is all the same. (Šecko jedno!) I am convinced that on the level of ideas, in the spirit of things, nationality means no more than a favour, a colour, a mental and spiritual character. Whether you are Latin, Anglo-Saxon, Slavic, or German, or Asian –  it is quite unimportant. Real community cannot be a category of nation. 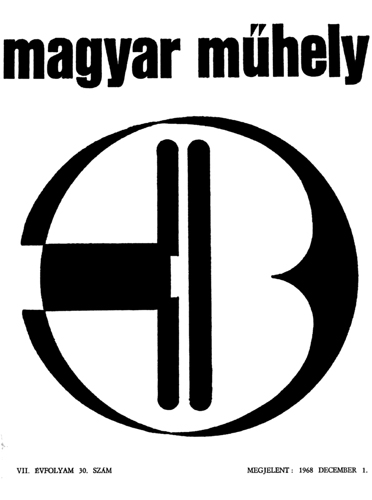 I believe Constructivism was the only cultural tendency that had a lasting effect on contemporary art in the 20th century. Not a single spiritual attitude can boast such a strong, permanent, and comprehensive presence “survival”, which still exists today. Its secret lies in the total view of life in Constructivism. It was not merely an artistic-aesthetic trend such as Cubism, or Surrealism and not only revolt such as Dadaism; it was a complete world view, a “claim for life.”It touched man and his life, it aimed at the totality of human life.

Surely Constructivism was a movement of European origins but this “claim for life,” this new spiritual order consisted in such a new world view in connection with Kassák’s ideas of free form, objectivity, and essentiality which also broke through with elementary force to other continents and cultures beyond Europe. First and foremost to South America, and the United States. It is an irony of fate that this influence manifested itself not directly through Kassák but through his disciples, Péri (who settled in London), and Moholy-Nagy (who emigrated to Chicago).

Kassák was living in the isolation of the Eastern block. I was the only gap in this isolation. He was not allowed to teach anywhere, though I know he had never had any greater desire than to break out from his isolation, to affect the young,  which he eventually succeeded in with my help. He obstinately believed in his truth and the relevance of that truth for society. That is why he ran journals,  his forums. He lived for his ideas and fought for their transmission even when he no longer had any means left. And yet Kassák succeeded! He managed to break the artificial walls built around him, he managed to get through to the young. His isolation was first dissolved in the early 60s by Victor Vasarely and Károly László; they made the world accept him as a great pioneer of the 20th century.

To surmount his domestic isolation proved more difficult and slower. This was the common battle of several of us (Kassák’s widow, myself, and our friends); we tried to make him more popular and better known through individual actions, publications, files, and exhibitions. His literature had prevailed before his art and ideology was accepted. (This was a result of the political situation in Hungary as well as the fact that it is much easier to comprehend his literature than his art.) Our written culture had always been several classes superior to our visual culture. Our visual language had been eroded, ideologised through and through.

It has taken the persevering, dedicated work of several of us to expurgate, modernise, and simplify a small segment of our art presented here; for this we had to rely on no one but ourselves civil initiatives, shadow education, etc.

I have been teaching in my summer school for over 25 years; I have selected and discovered many a young talent. We were the favourites of fate else it would have been impossible for a school with such attitude to survive at all. We would have had to give up our exhibition hall and our workshop, where we worked: we taught, created, and showed our work. 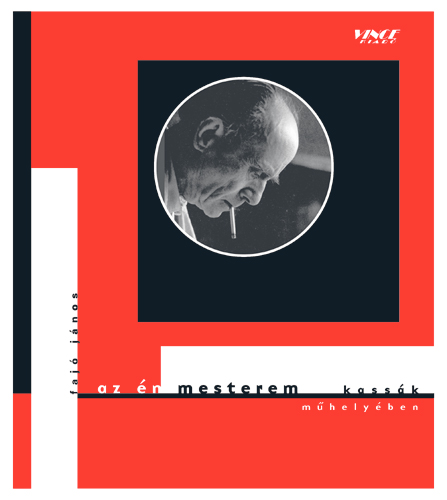 We broke through all barriers of attitude ” all frameworks and frames” and in the world of free forms we could unfold our personality. We have been cultivating free art, which serves the individual only! A strong group of artists emerged, first the Pesti Műhely (Pest Workshop) in the 60s and 70s, or the artists of the Józsefváros Gallery; and then the MADI group, the second generation of neo-avant-garde artists. To mention only the creative artists: Éva Bányász, Tamás Boros, Zsuzsa Dárdai, Noémi Dorka, László Herczeg, László Horváth, Bence Marafkó, Balázs Pataki, János Saxon Szász, not to talk about the applied arts and art pedagogy. These youthful artists are on track, they can work freely. They have reached “Today,” they do not lag 50 years behind their European contemporaries. They are enlightened people conscious of their situation, not mere consumers but also creators of the world, even though our state institutions still have not taken notice of them.

Full-fledged artists stand behind Kassák’s ideas today. They were set on his fundaments by myself, in a way similar to Moholy-Nagy, Péri, Marcell Breuer, and many others, who also started from Kassák. I am proud of them, proud of the fact that I managed to discover and bring up such sturdy talents. We consciously followed Kassák’s tradition, we stayed together as long as possible, to have common forums and actions. It was Zsuzsa Dárdai and János Saxon Szász who united this new generation of artists and organised them into a movement a decade ago.
They linked Kassák’s ideas back to the indirect influence of Kassák (mediated by Péri and Moholy-Nagy) through Arden Quin living in Paris, who in the 40s used to be a founder and leader of the South American MADI movement. This action and reaction meant great confirmation to Dárdai and Saxon. They are the ones who now reform and organise not only the Hungarian but also the international part of the movement. Thus they drove through a great spiritual “family reunion” – there ensues a cultural co-operation across continents, traditions, and ages, a kind of teamwork or spiritual community that retains its national specialities; it remains Hungarian, Argentine, Italian, French, Slovak, or German.

This enlarged spiritual co-operation does not exclusively rely on free forms in painting, or on playfulness, invention, and movement. I strongly believe it alludes to the realms beyond aesthetics, it comprises the formation and ways of our whole life. It aims at that new humanism, that new “spiritual order” and way of life which is as important today as it was in Kassák’s day; now in a perspective that points beyond Europe.

This is, indeed, the secret of Kassák’s lasting influence: it is not only about art, it is about mankind, the relations in humanity, behaviours, and life forms. Art is merely a consequence of these. Kassák’s l art is about the “collective individual,” an ideal social harmony and equilibrium. Kassák’s l extraordinary effect is due to this meta-aesthetic programme comprising the totality of life, which is more than literature, more than painting, and greater than the influence of other painters.

We are well aware of the fact that harmonious society is a Utopia. It is utopian thinking to dream about a world harmonious for all human creatures united in happy peace. But as long as there are people living on earth, we cannot give up faith in this elementary human right, or at least its microcosmic realisation.

May our desire for a more harmonious and freer life stay alive and be realised at least in principle  on paper, or canvas. Let us hope our works represent that desire. 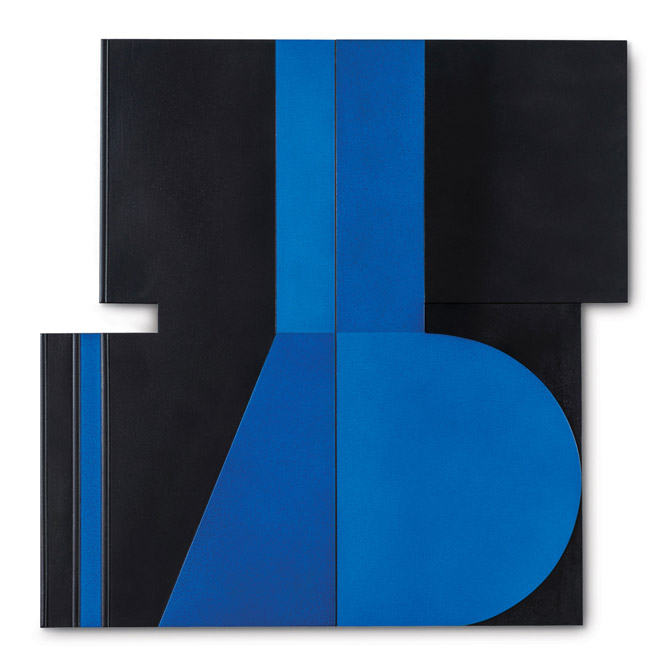