It is said that an encounter with an extraordinary object can transform a person. That was certainly true for me when I first encountered a geodesic dome in the mid 1960s. It was certainly true in the mid 70s when Synergetics came out and I discovered the Isotropic Vector Matrix. Discovering my first dome in a lush public park in Wisconsin was an exquisite esthetic experience that transformed me in the sense that I experienced grandeur and peaceful stillness at the same time. 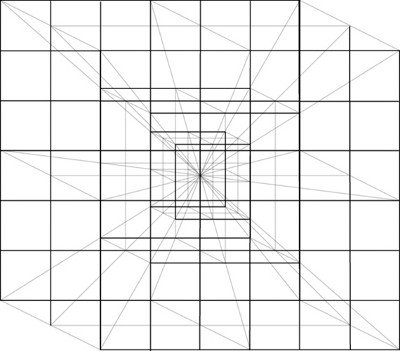 My interest in transformational geometry deepened when, as a graduate student in early childhood education at Bank Street Graduate School of Education in New York, I wrote my masters thesis on Fuller and Piaget. In The Child’s Conception of Space Piaget introduced the ultimate experimental tool of the cognitive psychologist: the Three Mountain Experiment. It can be described as follows: a green mountain in the foreground to the right and a little house on its summit; a brown mountain to the left, higher than the green one, slightly to the rear, with a red cross at the summit; and in the background the largest mountain, gray with snow-covered peak.

Children of different ages and thus different stages of development are asked to try to imagine and reconstruct by a process of inference, the changes in perspective that occur from different viewpoints. This is a problem of transformational geometry and involves the co-ordination of viewpoints and the multiplication of the relations: to the left or to the right, above or below, before and behind.

An understanding of transformational geometry, of the qualitative relations of topological space, is essential to higher learning and to the mastery of the more difficult challenges of quantitative relations involved in projective space (viewpoints), affine relations (parallelism), and Euclidean space (measurement).

These concepts are little known or appreciated even in the best schools, let alone in the third world, and without them children’s cognitive growth as well as their artistic growth is stifled, stunted, and their forward volition in art and math and science and their sense of themselves as competent individuals weakened. These understandings are necessary for simple tasks like tying shoes, putting on jewelry in the mirror, shaving, building shelves, as well as for higher mathematics and science.

I began working with Stephen Weil, a computer systems engineer from IBM. Stephen introduced me to Mathematica, a programming language that allows one to build complex structures by feeding in the exact coordinates of x, y, and z. 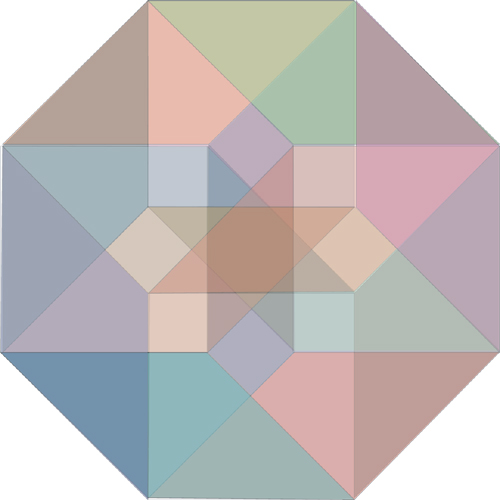 Utilizing transformational imagery, measurement operations, and comparisons based on correspondences, the observer is able to resolve the perceptual confusion created by changes in position and color of the object and arrive at a perception of a constant object whose structure remains stable through a series of transformations.

Subsequent to learning that Chrome 143 would be exhibited at the Symmetry Festival, Stephen Weil and I began working on plotting the coordinates of the two-tiered Octet Truss in Mathematica to show the transformations of the Cuboctahedron in Chrome 143.

Mathematica is the leading mathematical software package in the world with over 2 million users. Mathematica seamlessly integrates a numeric and symbolic computational engine, graphics system, programming language, documentation system, and advanced connectivity to other applications. Since its first release in 1988 it has grown into the most sophisticated and widely used mathematics package worldwide.

In the work we are doing we use Mathematica to animate the movement of three-dimensional objects (such as polyhedra) created within the system. The sequence of movements in Octet Truss 4 is as follows: 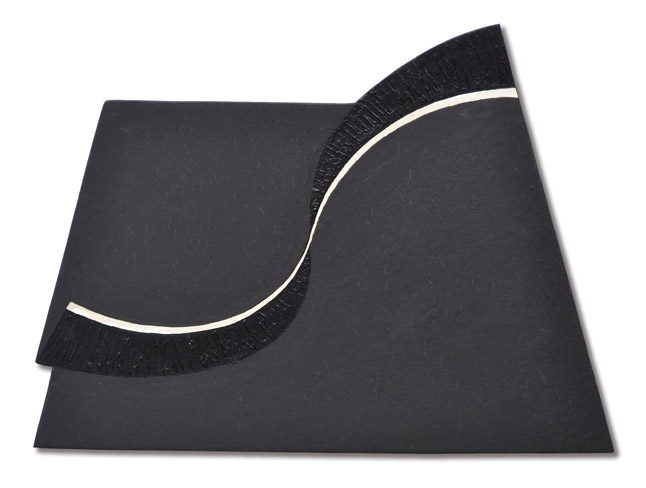