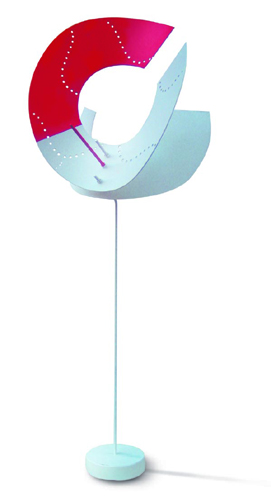 The fifth issue of MADI art periodical dedicates a substantial section to the phenomenon of symmetry, which is a tight link between art and science. The pretext is the international Symmetry Festival held in Budapest in August 2003, which addressed the synthesis of constancy and change. The focal thematic exhibition of Ars (Dis)Symmetrica ’03 was the display of the collection of the Mobile MADI Museum in the central building of the Millenary Park in Budapest.

The exhibition hall, reminiscent of the central space of the Guggenheim Museum in New York (Frank Lloyd Wright’s design) surrounded by a helical corridor, proved an ideal environment for MADI, which had revolutionized the geometric tendencies of the 20th century- for the artists whose works present the unity of Movement, Abstraction, Dimension, and Invention. At the same time, works commenting on symmetry by renowned Hungarian masters of geometric art and invited foreign artists were exhibited in the Attic Gallery of the Millenary Pub; among others the polyhedron models by New York artist John Hiigli, painted on a large-scale canvas. Hiigli has been touched by the liberating force of MADI so much that he presented his huge painting created for the festival and transported to Hungary by air to the Mobile MADI Museum and, on his return home, started to study free geometry and create works that reflect the MADI spirituality.

The second part of the periodical provides a summary of the “itineraries” of the Mobile MADI Museum: after the “Kassák and MADI Today” festival in Bratislava (No. 4) and at the Hungarian Institute in Paris there came this summer the events at the Millenary Park (No. 5), to be continued in January 2004 at the Nyíregyháza Gallery; the Budapest- Maubeuge-Brussels exhibition series (No. 6) will reflect on the EU integration of Central European countries; and in 2005, according to the organizers plans, MADI will land in Moscow, the native city of abstract geometry, about which issue No. 7 will give substantial coverage to those interested. The present issue displays a selection from the collection of the International Mobile MADI Museum. 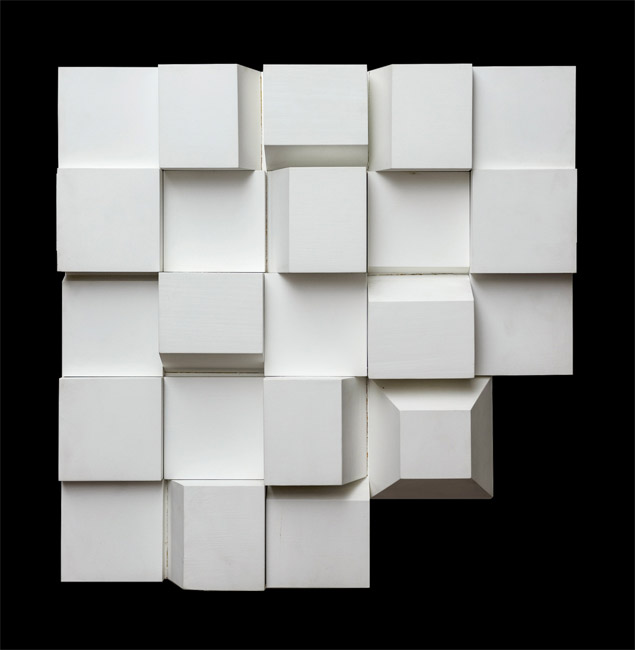